Things to think about…

Can you cry under water?

How important does a person have to be before they are considered assassinated instead of just murdered?

Why do you have to “put your two cents in”.. but it’s only a “penny for your thoughts”? Where’s that extra penny going to?

Once you’re in heaven, do you get stuck wearing the clothes you were buried in for eternity?

Why does a round pizza come in a square box?

What disease did cured ham actually have?

How is it that we put man on the moon before we figured out it would be a good idea to put wheels on luggage?

Why is it that people say they “slept like a baby” when babies wake up like every two hours?

If a deaf person has to go to court, is it still called a “hearing”?

Why are you IN a movie, but you’re ON TV?

Why do people pay to go up tall buildings and then put money in binoculars to look at things on the ground?

Why do doctors leave the room while you change? They’re going to see you naked anyway.

Why is “bra” singular and “panties” plural?

Why do toasters always have a setting that burns the toast to a horrible crisp, which no decent human being would eat?

Can a hearse that’s carrying a corpse drive in the carpool lane?

Why does Goofy stand erect while Pluto remains on all fours? They’re both dogs! 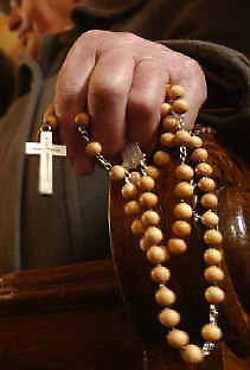